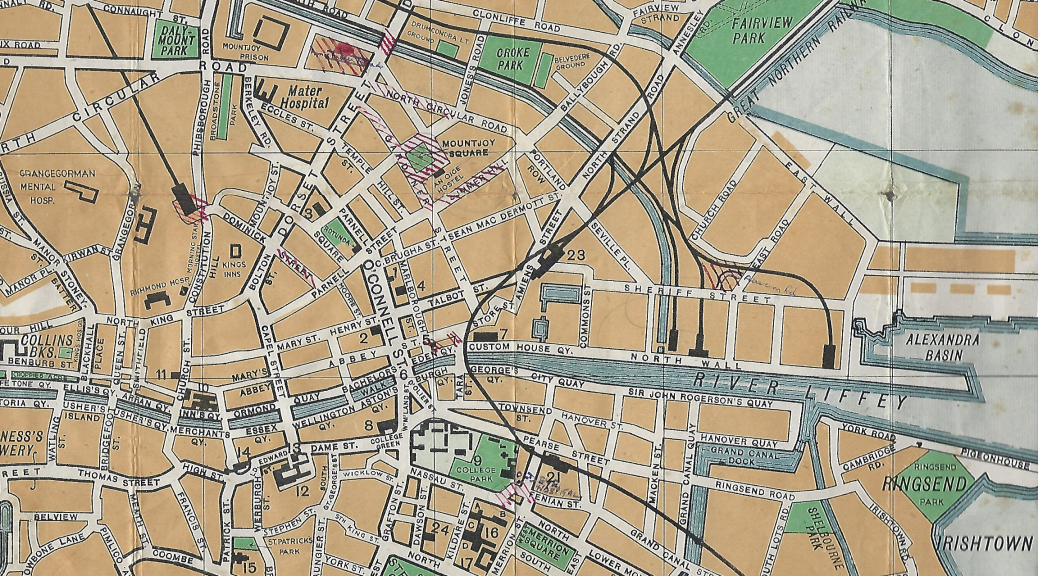 Sean O’Casey was a prolific writer of letters. His correspondence was both deep and wide. Many of his letters were ably tracked down and presented in four volumes by the US poet and academic David Krause. These books are now out of print but can still be found second-hand, and are an extraordinary work of scholarship. This story is not included in there, but is also one that deserves telling.

In 1955 Sean corresponded with an amateur actor called David Butcher. David was born in Dublin in 1920, and although his family returned to England in 1922 he retained a strong connection to the country. He wrote to Sean after reading Sean’s autobiography asking him about specific places in Dublin where Sean had a connection or interest.

His story came to us via his cousin’s son Hugh Levey.

Norman David Butcher (known as David) was the only child of English parents: Charles Edward Butcher and Ethel Butcher (née Levey). His father, Charles, worked for the Audit Department of the Midland and Great Northern Joint Railway Company, based mostly in Norfolk. In 1913 Charles was transferred to the Auditor General’s Departments in Dublin, where [Norman] David was born on 7th January 1920.

Clearly there was much unrest in Ireland during the whole of this period, culminating in the formation of the Irish Free State and civil war. As a Civil Servant of English extraction, Charles Butcher was relocated back to the UK for his and the family’s safety. As David later wrote, “With great sadness the Butcher family left Dublin on 20th July, 1922, my mother in tears all the way over to Holyhead.”

David retained a fond affection for Ireland all of his life, and for Dublin in particular. He often visited Ireland, to meet up with other relations (Todd family) and to enjoy the people, culture and history.

David Butcher trained as an Accountant and spent much of his working life with British manufacturing company Goring-Kerr, retiring as a Director in July 1987. He lived in the Windsor area and was a passionate amateur actor, performing for over 40 years with the Windsor Theatre Guild, where he also acted as Treasurer (& Chairman?). He inherited his love of the theatre from his Aunt May Levey who was also an amateur thespian.

His love of literature and his love of Dublin, appears to have come together in his interest in Sean O’Casey’s work. He had read the writer’s autobiographies, corresponded with him, and photographed locations which were significant in O’Casey’s Dublin life and inspiration. David attended a 1995 performance of Juno and the Paycock in Dublin and was introduced to most of the cast by Tom McKenna. David, himself, performed roles in the play at least 2 or 3 times, including an amateur performance he organised in the late 1950s to raise funds for the rebuilding of Dublin’s Abbey Theatre.

The following are pages from David Butcher’s album containing his letter from Sean O’Casey and his photographs and record of a trip to Dublin, in June 1956, to visit Sean’s old homes and to see the Abbey Theatre’s production of Juno and the Paycock. He tracked down the locations Sean described to him of where he had lived in Dublin. David also ventured out to explore more of the city and caused a sensation with his camera it seems.

David saw the Abbey Theatre production of Juno and the Paycock with Harry Brogan as the Captain and Eileen Crowe as Juno. The performance was staged at the Queen’s Theatre as the Abbey itself had been badly damaged by a fire (after a performance of The Plough and the Stars). He met with Tom McKenna, who played Johnny, and saw a show at the Gaiety Theatre with him before returning to England. END_OF_DOCUMENT_TOKEN_TO_BE_REPLACED

Sean Holmes’ production of The Plough and the Stars for the Abbey Theatre has been a huge success at the Kennedy Centre in Washington DC. Writing for The Washington Post Nelson Pressley writes,

It’s a grubby milieu that screams poverty and hardship, yet as always the O’Casey characters are joltingly alive. The production’s triumph is the fluid, splendidly balanced ensemble, which for harmony and power rivals any other cast seen in Washington this year.

He goes on to say,

[T]his vigorous performance, which will tour elsewhere in the United States later this year, convincingly reinforces the mettle of O’Casey’s great play. 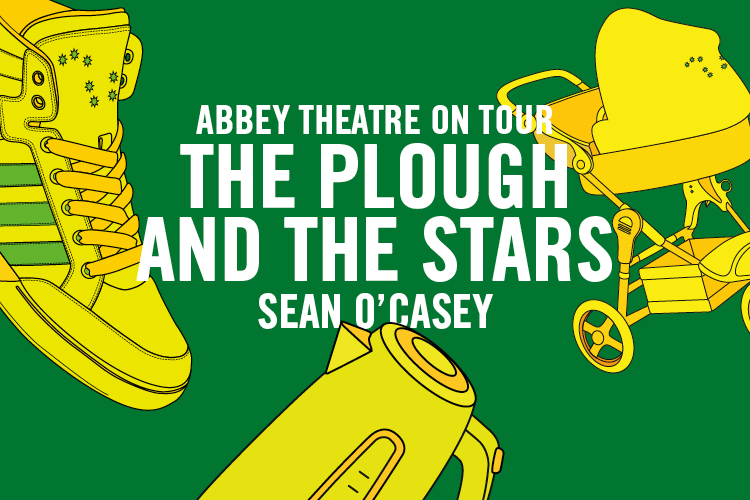 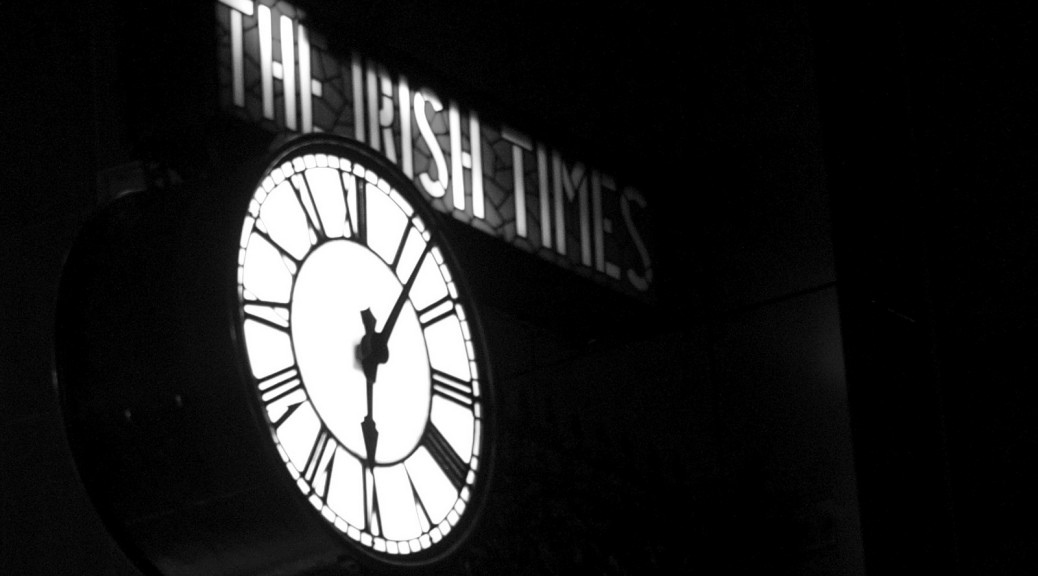 Congratulations to everyone involved in the recent production of Shadow of a Gunman co produced by the Abbey and Lyric Theatres. The production has received five nominations for Irish Times Irish Theatre Awards.

It is lovely to see this production recognised. The whole field of nominees is very strong pointing to a good year in dramatic arts. It is also good to see  the Waking The Feminists movement recognised in a  Judges’ special award for Lian Bell. 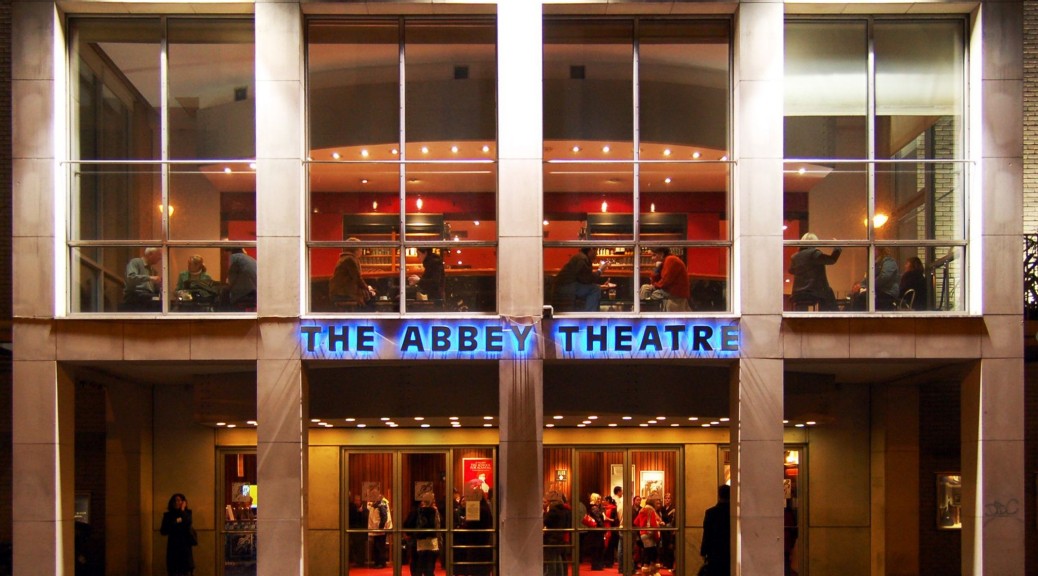 The Plough and the Stars will be part of the Abbey Theatre’s Waking the Nation season in 2016. Abbey Theatre Director Fiach Mac Conghail has announced a major programme of work, “to commemorate and acknowledge the major historical events of 1916”.

The season will include productions of The Plough and the Stars, directed by Sean Holmes, and Observe the Sons of Ulster Marching Towards the Somme. In addition there will be several new works performed by writers such as David Ireland, Sean P. Summers and Phillip McMahon.

The Plough and the Stars will run at the Abbey from 9 March – 23 April 2016 and then embark on a tour of Ireland taking in Cork Opera House; The National Opera House, Wexford; Lime Tree Theatre, Limerick and Town Hall Theatre, Galway. In addition there will be a tour of North America to Harvard University’s American Repertory Theater (Massachusetts); the University of Pennsylvania’s Annenberg Center for the Performing Arts (Philadelphia); Montclair State University’s Peak Performances, (New Jersey) and Southern Theatre, (Ohio).

The Abbey Theatre and  The Lyric Theatre’s co-production of  The Shadow of a Gunman is running on the Abbey Stage in Dublin until the 1st of August.

It is sad to note the death of  Aideen O’Kelly last month. She began her career with the Abbey Theatre  in  1964 playing Mrs Gogan  in  The  Plough and the Stars.  She notably  played  Fionnuala  in  Red  Roses  for  Me  in  addition  to many  other  roles  at  the Abbey. 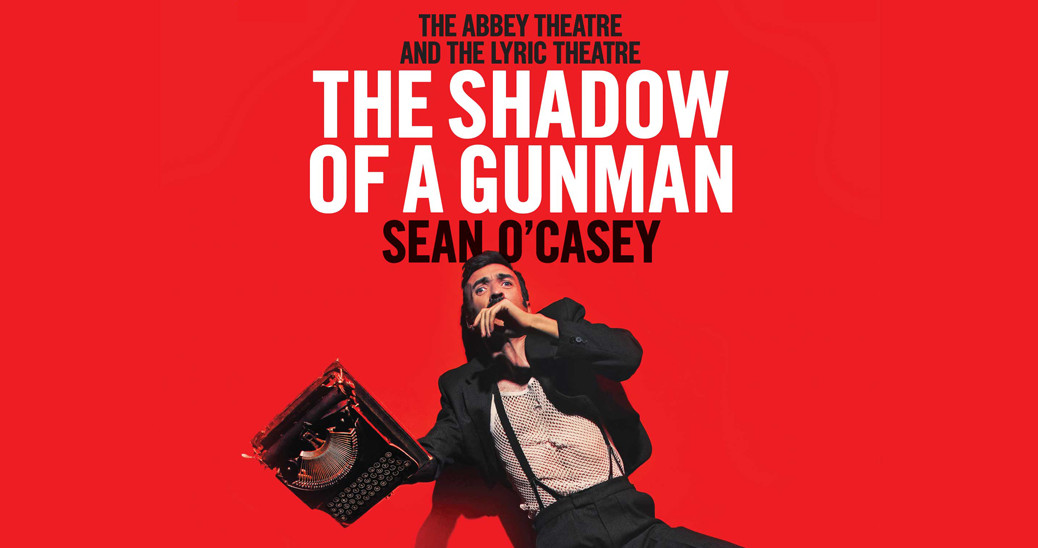